The site is approximately 10 hectares and located within Babbacombe a district of Torquay, Devon. The Palace, one of Torquay’s most majestic and historic hotel’s, comprised of a grand 4-storey plus basement upper-middle-range Victorian hotel with 141 guest rooms, 9 meeting rooms, a large conference space that could accommodate up to 350 people, banqueting space for up to 800 people, cinema, gilded ballroom, snooker rooms, covered and open swimming pools plus saunas and fitness room, and a 9-hole golf course. Across the road from the hotel was a multiple sports centre which comprised of an indoor and outdoor tennis and squash courts, and a croquet lawn. 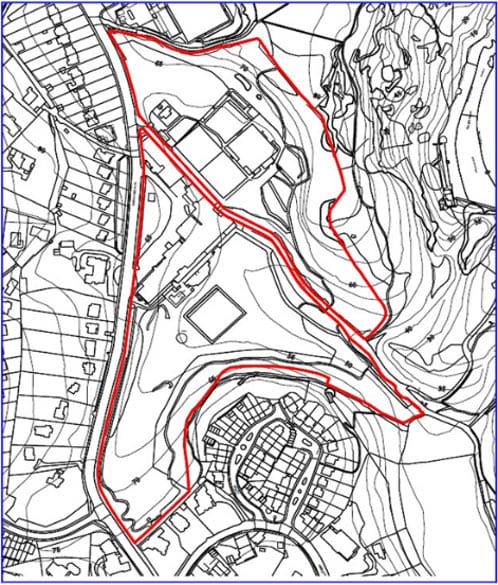 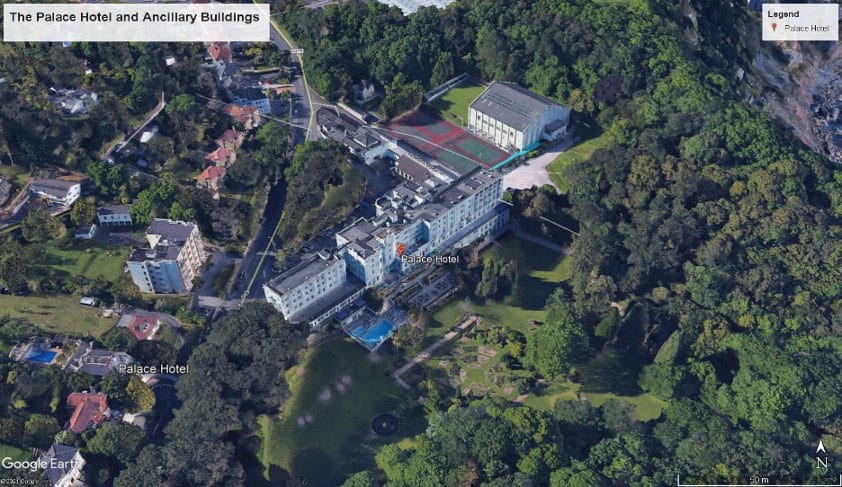 The grand building and its 19 acre grounds resembled the haunted Overlook Hotel from Stephen King’s The Shining. Made famous by the 1980 Stanley Kubrick film starring Jack Nicholson, its lonely hallways were a source of skin-crawling terror.

It started life as a seaside home of a bishop. It was built in 1841 by Henry Philpotts, Lord Bishop of Exeter, in 25 acres of grounds. At the Church of England’s General Synod in 2006 it was alleged that Henry was paid a compensation for the freeing of 665 slaves on a plantation in Barbados which he owned.

The Palace when it was the private mansion Bishopstowe 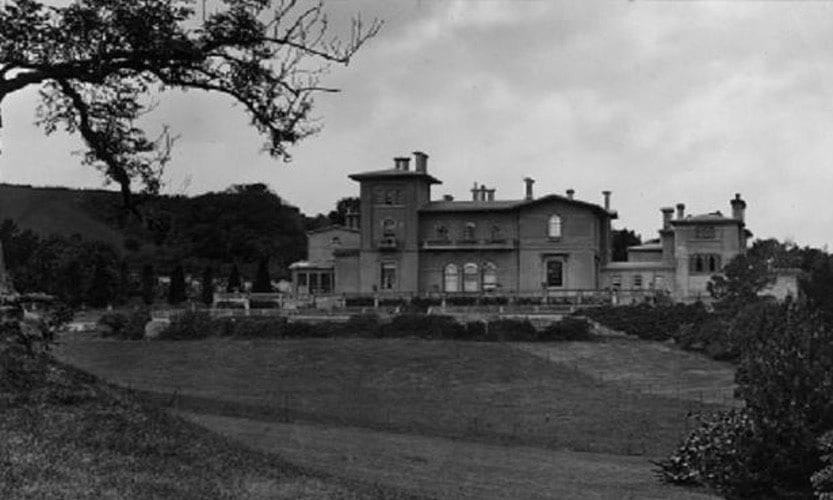 Henry Philpotts died in 1869 and the house passed through various owners until its conversion and expansion into a large hotel in 1921. 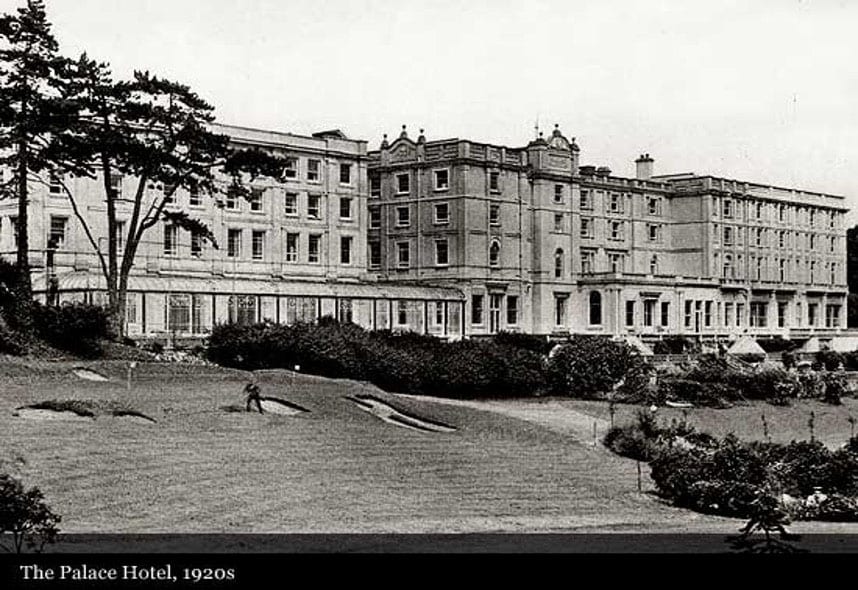 The hotel was requisitioned as a hospital in 1939 for RAF Officers and painted with a Red Cross. Records and mapping indicates HE bombs were dropped on and around the site. The following have been mapped or are on the mapping:

The Palace Hotel after the December raid in 1942 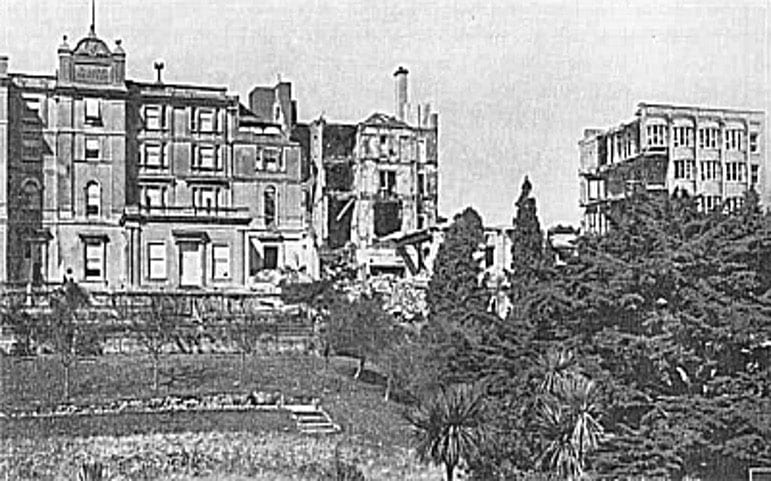 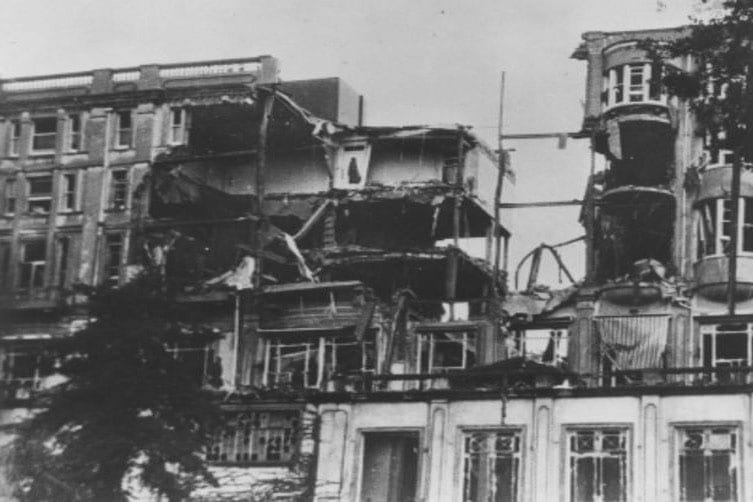 The Palace was reborn as one of the south west’s leading hotels after the war. Princess Anne, the late Tory Prime Minister Margaret Thatcher, and TV’s Sue Barker whose professional tennis career blossomed on its courts, have stayed at or visited the hotel which hosted many prestigious events and conferences as well as being a holiday venue. The hotel enjoyed a long golden age.

Meanwhile it’s out with the old and in with the new to make way for a hyper modern hotel by the Singapore-based Fragrance Group.

Dorton Group was awarded the demolition contract through competitive tendering.

Below is a summary of the scope of demolition works:

Dorton Group’s extensive demolition knowledge base allowed an innovative approach enabling the successful completion of this challenging and complex project. Below are just a few of the comments received from neighbours who noticed our professionalism and hard work:

Please find link hereunder to the news article, commendations and video that is on our website regarding the demolition works at the Palace Hotel, Torquay.