During May 2012 and over a 4 week project period a Dorton site team undertook the complex and painstaking task of dismantling the Grade 1 listed ‘Rock Shop’ from the Root Deck of the former West Pier along the Kings Parade, Brighton seafront.

The £45k contract was won through competitive tender and awarded by Marks Barfield Architects on behalf of the West Pier Trust.

This was the third occasion that Dorton have carried out work at the West Pier previously cutting back the Root Deck and removing asbestos materials as well as removing and making safe the tangled remains of the pier promenade at beach and low tide level.  These particular works were instigated with a view to preserving the listed structure for re-erection at a later date and as a precursor to the planned new build on the site incorporating the 175 metre high 360i observation tower.

The Rock Shop is thought to have been built in the 1800’s and contained many original features although much of the structure was in a poor and dilapidated condition.  The resultant dismantling was only possible with the placement of temporary works to support the structure as many of the wrought iron fixings holding the cast iron panels had failed or were in the process of failing.  The works invariably involved detailed recording and labelling of all components in photographic, physical and electronic format to meet the very strict planning criteria concerning listed monuments.  In total, approximately 80% of the timber panelling and windows were saved and 100% of the cast frame, which has all been stored below the Root Deck for safe keeping.

Dorton Group are proud to support our great heritage and look forward to being of assistance when the re-erection of the structure takes place, the complexities of this project have been built into our approaches enabling us to deliver improved value to our clients. 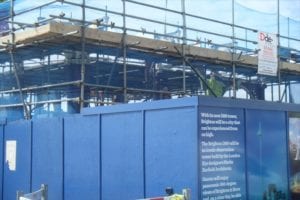 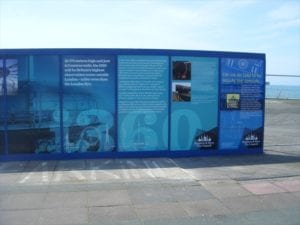 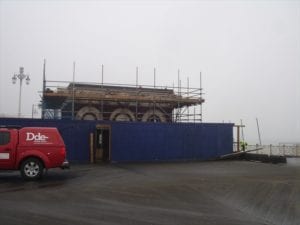 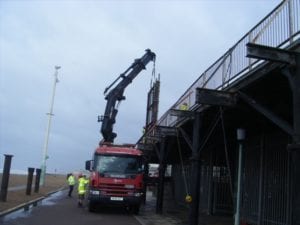 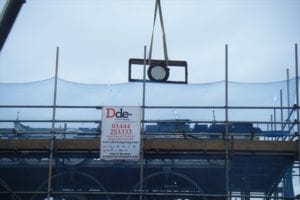 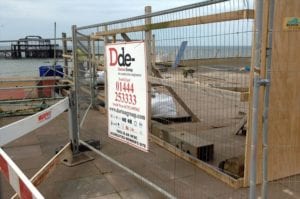