As part of the enabling works for future developments at Devon and Cornwall Police HQ, DDE SW Ltd were contracted to remove a large grass covered spoil heap at the northern edge of recreation fields within the police HQ estate.

Geotech information indicated this mound has been created during previous construction works some 15-20 years earlier and showed the presence of both aggregate hard cores and general construction waste. The possibility that asbestos cement materials may be present was also considered. 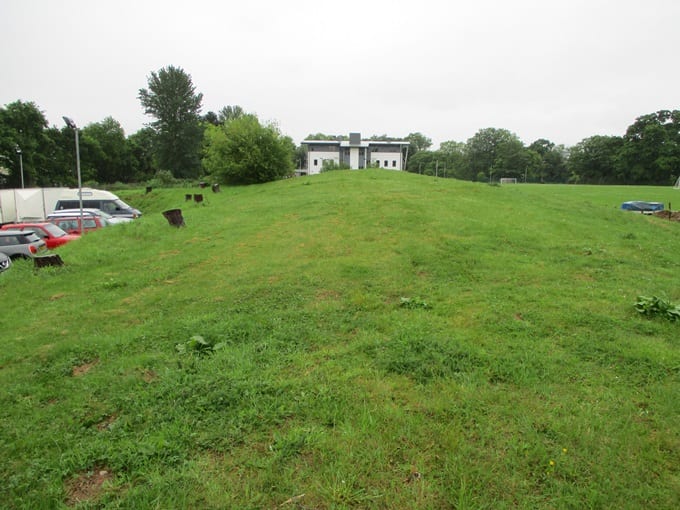 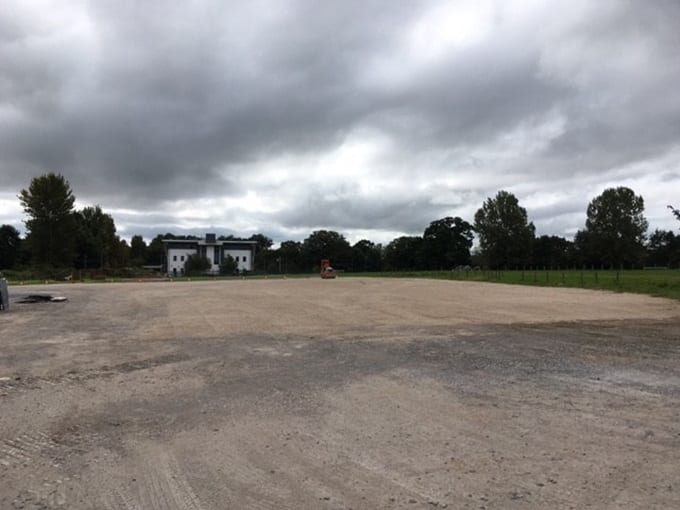 Initial indications suggested that around 2500m3 of material was to be removed including a 250mm reduced dig. A more detailed pre-start topographic survey indicated a quantity somewhat higher at closer to 3000m3.

The site could only be accessed using the main site entrance security procedures and required LGV transport to travel the full length of a busy operational site. The access arrangements and the number of vehicle movements required raised concerns with the client’s health and safety advisers.  In addition the potential for large scale screening and sorting taking place on site with the resulting issues of increased noise, dust and road contamination was also of significant consideration.

With the above issues in mind DDE (SW) Ltd prepared a tender submission method statement which included for only limited sorting of material on site and bulk removal of material to Dorton Groups recycling yard at Smithaleigh, Plympton and other more local disposal sites dependent on individual loads.

Careful consideration was also given at tender stage to the timing of works, resources deployed to site and detailed traffic management plans. Works started on 7th August 2017. A Zaxis 350 excavator with riddling bucket was used extensively throughout the process to allow pre-sorting of material prior to loading out. The excavation was closely monitored by DDE personnel to provide for prompt identification of suspect material in particular asbestos cement products.

Material was loaded out on a daily basis keeping the number of LG vehicles to a minimum by careful selection of disposal sites dependent on material.  Clean soils were tipped locally and mixed spoil containing construction waste was loaded out to Smithaleigh.

On the return trip from Smithaleigh trucks imported recycled demolition hard core as 6F5 subbase and 803 Type 1 for use as a finishing layer.  To minimise road contamination the reduce dig and compacted infilling were conducted concurrently providing a clean and solid surface for site lorry movements within the site compound.

The site was passed back to the client on 29th August 2017 with 330 loads (20te) of material being removed with 44 loads of recycled material being imported.  Works were completed without accident or incident.

“In my view the service provided by the Dorton Group, both prior to coming on site, and whilst on site was excellent. Whilst they efficiently and effectively carried out their tasks, they did so very much in a spirit of customer focus. Should we require similar works to the future I would be more than happy to see the name of Dorton Group on the tender list.”