In the early summer of 2014 Dorton were appointed by our client McCarthy & Stone Retirement Lifestyles Limited as the preferred contractor to undertake the £150 K asbestos removal, demolition, earth works and hazardous soil removal at the six storey former office block in the town centre of Sidcup, Kent.

The site was surrounded by residential and commercial buildings and a ‘live’ electrical sub-station located close to the working areas. Elevated concentrations of lead were detected in soils to some areas beneath the tarmac car park which had to be excavated under the watch of an environmental engineer. Asbestos materials were removed by Dorton Asbestos Removal Services Limited, disconnection of ‘live’ services were arranged but service ducts, other mains and drainage had to be protected and retained for the new build works. The six storey structure was taken down by extended reach demolition rigs and all arising removed from site to be recycled and reused elsewhere. 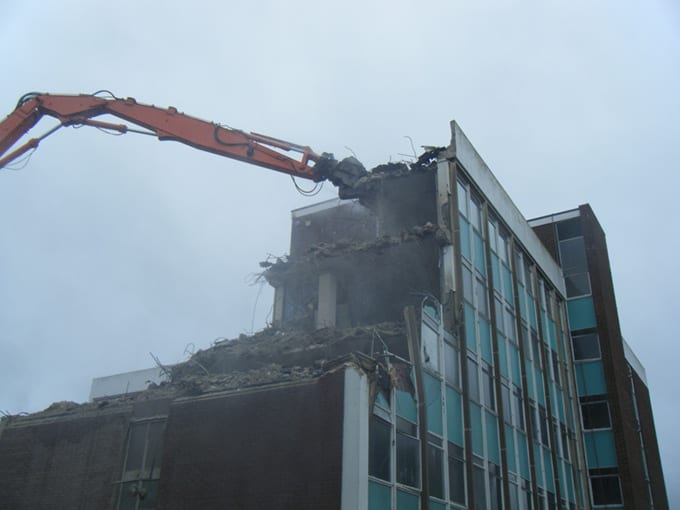 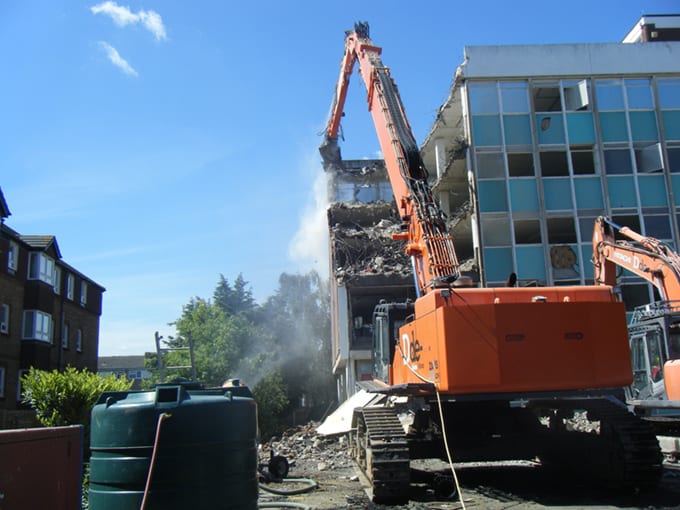 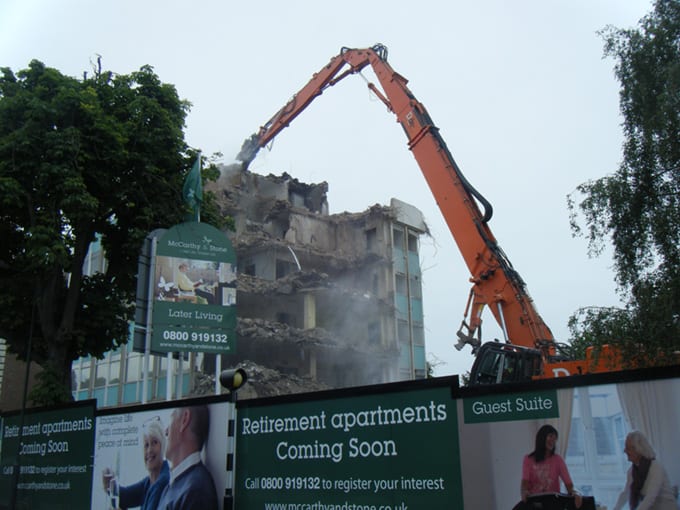 A reduced dig was carried out over the site and a basement excavated and filled with clean inert crushed materials. A crane base was formed along with a ramped access for the piling rig and a piling mat was laid on geofabric and rolled in accordance with series 600 highway specifications. The project was completed a week and a half ahead of program, on budget and with no injuries or incidents reported.