In July 2015 Dorton commenced the £349 K asbestos removal and demolition project at Eastbourne College, Eastbourne working under the instructions of the college’s agent Millerbourne Architects.

The works were undertaken during the college’s summer school intake of mainly foreign based students who were naturally interested in what was taking place adjacent to them. In addition to safety and security fencing and gates we also erected warning signs in a number of different languages to ascertain that our safety message had been understood. Road closures and traffic diversions had to be arranged and a permanent banksman positioned to provide a safe access and egress for the site vehicles as well as those of the college staff throughout the duration of the project. Major utility diversions were also integrated into the project period that impacted heavily on the ability to move large plant and vehicles in and out of the site which required a phased work schedule. The works also involved separation of some of the structures from that to be retained which necessitated hand demolition and weatherproofing to exposed elevations. 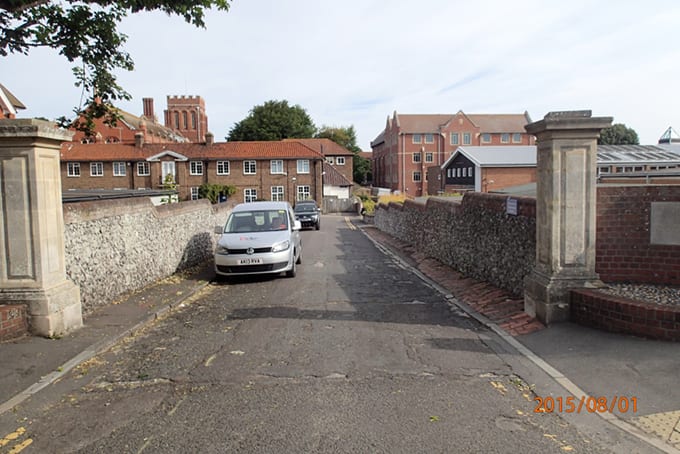 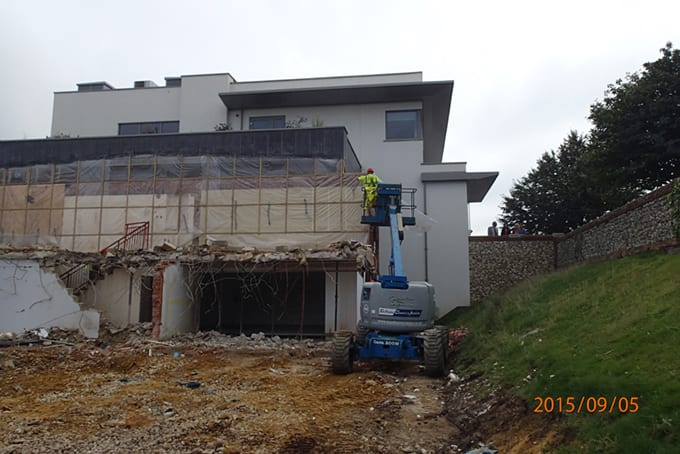 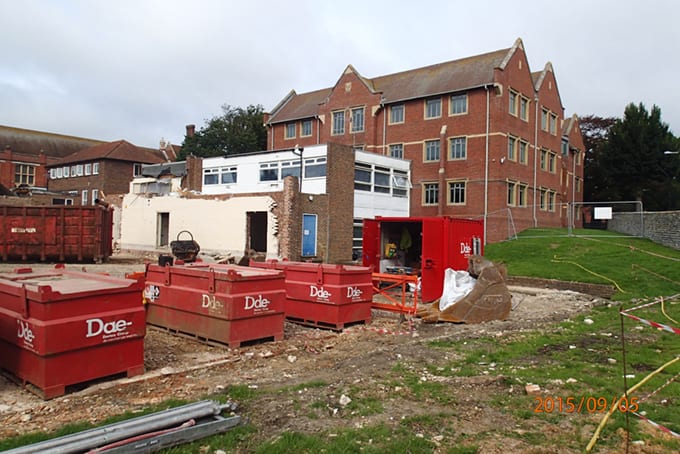 The licensed asbestos removal program resulted in the removal of 16 tons of asbestos from the interiors of the buildings to be demolished and over 4,000 tonnes of concrete and hardcore were taken off site to be recycled for use elsewhere. The project was undertaken within a programmed eight week period and finished on time and within budget to the complete satisfaction of the client and their agent.