75 years of history taken down at Shoreham

In January 2009 we were contracted to take down Shoreham Towns Lifeboat Station on Kingston Beach, Shoreham. The Station was built in 1933 to accommodate Shoreham’s fifth lifeboat the 41 ft Watson class RNLB Rosa Woodd and Philyis Lunn which served with distinction until 1963. During her long service she took part in the Dunkirk evacuation of 1940 and was crewed by the Royal Navy. 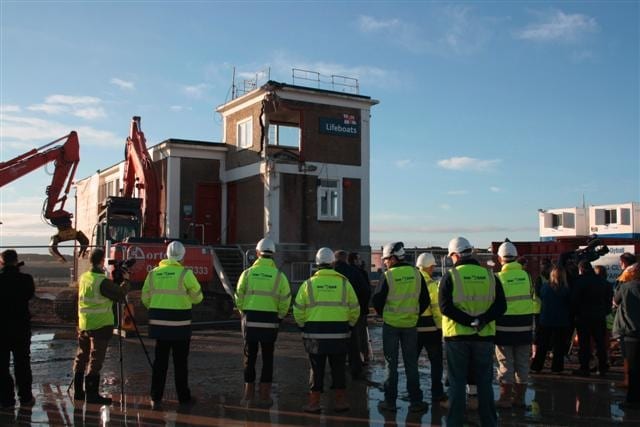 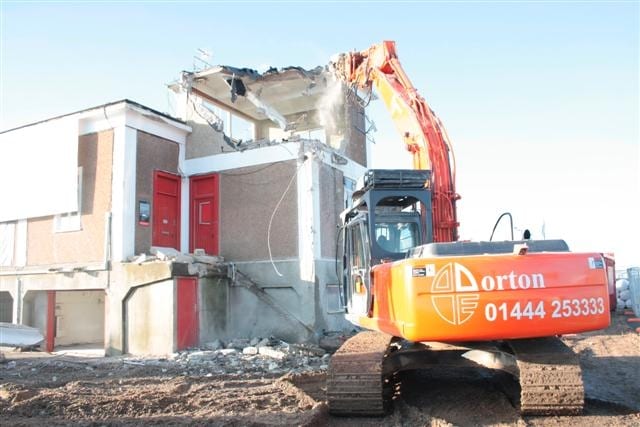 Shoreham has a long maritime history with the town growing up around the port. The RNLI took over the task of lifesaving from the Shoreham Harbour Commissioners lifeboat in 1865 with the Ramonet and there has been a lifeboat there ever since that date. However, one should not view the demolition of the old station with some regret as in the words of those who have managed the facility for many years, ‘It has been a long time in coming’. The old boat house, slipway and office facilities were crumbling away and the facilities for the crew have been basic and unsuitable. The old is making way for a brand new state of the art Lifeboat Station with the very latest class of lifeboat, the Tamer due to take over from the present ALB Hermione Lady Colwyn.

From our prospective the job of taking down the old station was not difficult but from a historical view point it has been significant. Our sister company DORTON ASBESTOS REMOVAL SERVICES LIMITED started the process by removing Asbestos Insulation Board from several areas internally within the station and our demolition team followed up behind to systematically reduce the reinforced concrete frame structure down to slab level. The ground slabs and foundations were grubbed up and the whole of the materials processed and recycled off site.

The new Lifeboat Station is currently being constructed by Dean & Dyball and is due to be opened in September 2010 at a cost of £7m.