In the early summer of 2013 Dorton Group carried out the removal of the concrete road bridge spanning the river Neet at Bude, Cornwall. Our client, Cormac Contracting is a Cornwall Council controlled company and is one of the largest employers in Cornwall.

The bridge, circa 250 tonnes, was a traditional pier and abutment construction consisting of insitu concrete slabs spanning from the abutments to the two central piers and pre-cast post tensioned beams spanning between the piers. Our client erected a steel bailey bridge to divert the traffic adjacent to the bridge which allowed us some flexibility of working during normal daylight hours. 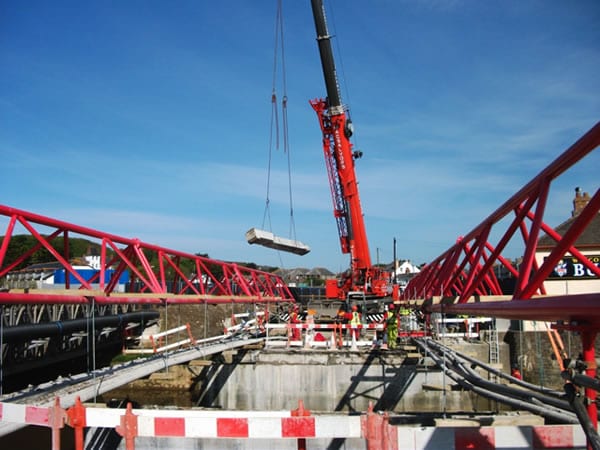 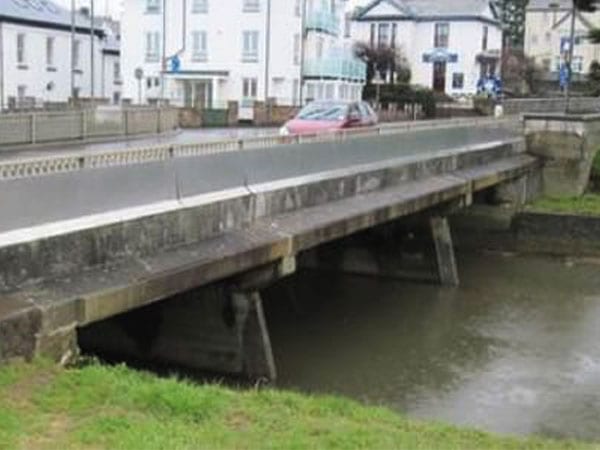 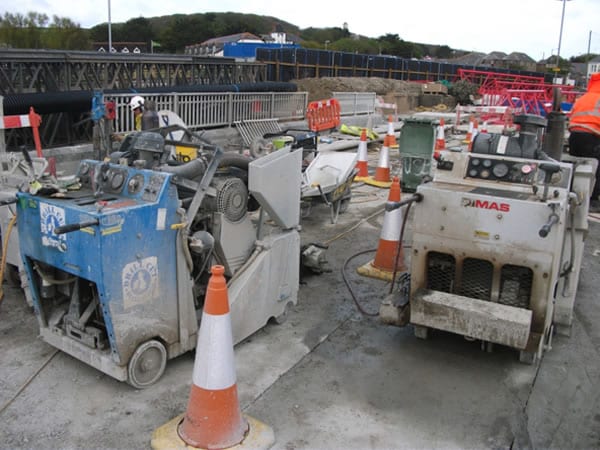 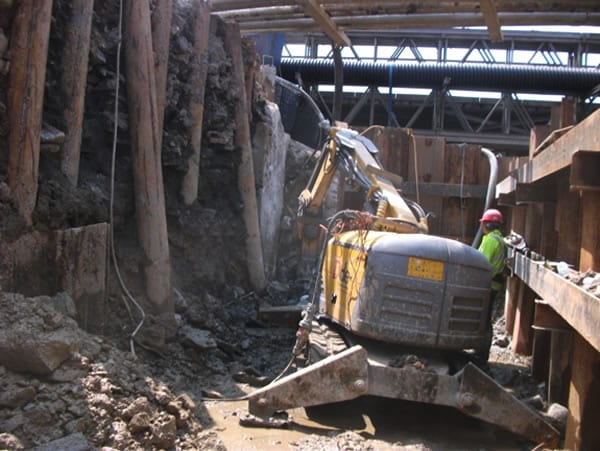 Removal of the structure was conducted in two phases although initial fabrication works for two service gantries was started eight weeks prior to actual commencement. These gantries were erected in week one and were needed to carry the twenty or so fibre optic cables delivering communications to the area and more importantly the nearby GCHQ satellite dishes.

Phase one, consisting of the gantry erection, deck and central piers removal was scheduled to be completed in four weeks but was finished in a record two weeks allowing our client to pull back lost time on a difficult piling operation for the new bridge piles. Following the placement of coffer dams in front of the abutments, constructed from sheet piles, phase two to remove the concrete abutments was completed in two weeks of hard breaking within a confined working space.

The removal of bridges, particularly over water courses, has its problems but providing solutions is part of the service as well as compliance with EA protocols, minimising disturbance to nearby residents, working to tidal times, saw cutting, temporary works, tandem crane lifts and a host of other issues that are unique to such operations. We are pleased to say that the project was completed ahead of schedule, with no complaints, accidents or incidents and that all materials were 100% recycled.